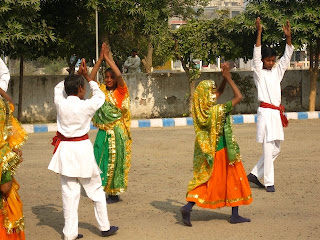 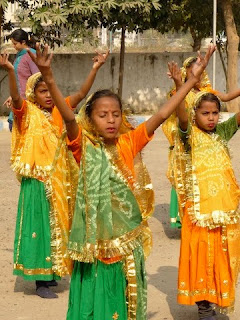 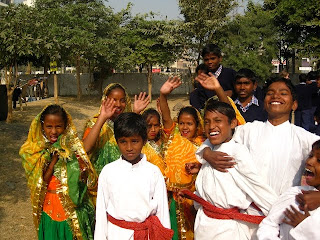 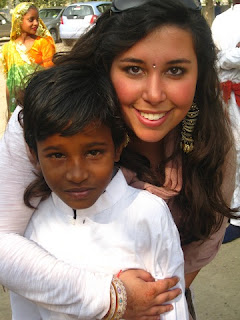 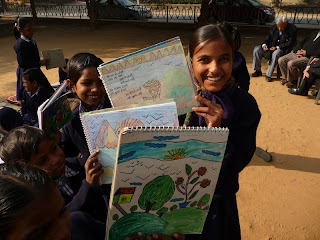 One volunteer with Aim Abroad works on graphic design back home. She instructed some of the art classes today! She herself was saying how talented some of the children were with art, and these children have not had any formal training in the discipline. It is Aim Abroad's hope that we can help bring the children everything they need to succeed. One volunteer spoke to the founder of the street children organization, and she was explaining her goal for her projects: First, she teaches the material, and the student's goal is to learn the skills. Then, the student will learn how to use the skill to benefit herself or himself. Eventually, the main goal is so that the student will learn how to use the skill to benefit the community. For example, with these art lessons, the student can learn to use the art to earn money, but more importantly, the student can help design flyers or posters that will raise awareness of issues concerning others less fortunate. It is always inspirational for Aim Abroad's volunteers to see the constant efforts of the people running the projects associated with Aim Abroad. We hope more volunteers will come and raise awareness of these projects!
Posted by Unknown at 9:44 PM No comments: 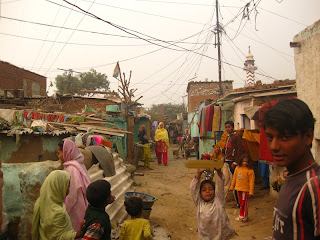 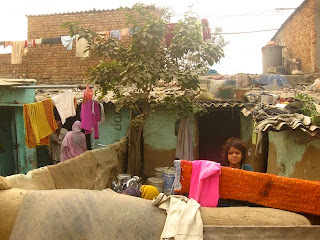 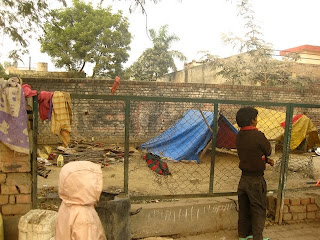 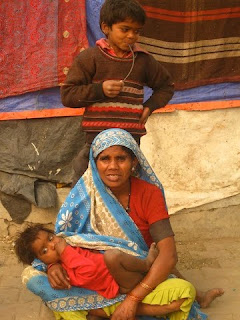 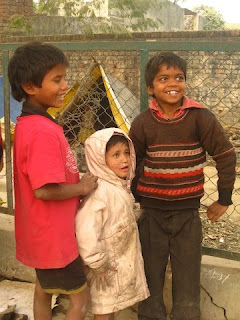 Singing with the Street Children School 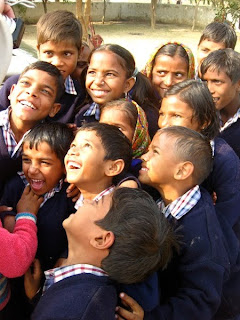 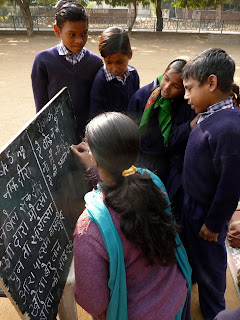 Today a volunteer visited the street children program. The children are always very sweet and eager to learn about the volunteers! To enrich the children's sense of culture, the volunteer taught the children the song La Cucaracha, a Spanish song. The children sang beautifully, and were able to recite the song pretty well! This volunteer has been learning Hindi for some time, so he was able to write the words in Hindi script so that they could pronounce the words properly. The children really did a fantastic job with the song, and all laughed merrily when they heard the meaning of the song.

The children have learned a few other songs in different languages as well: Frere Jacques in French, Danish, German, and English (and we even helped them make a Hindi version of the same song!), a Basque nursery song (it begins as Se Se Nak Dira), and Rudolph the Red-Nosed Reindeer in English. It's so wonderful that children, who otherwise would know no world outside of their street, in their sector, in Delhi NCR, can be exposed to so many different cultures, people, and even languages! The volunteer, who has been learning Hindi, was speaking to them in Spanish (he speaks Spanish at home) so that they could be exposed to the sound of a different language: Afterwards, he was explaining (in Hindi) that his family was originally from Cuba, and he asked the children if they knew what language they speak in Cuba. One of the children confidently responded "Hindi"! :)
Posted by Unknown at 2:59 AM No comments:

Last night two volunteers with Aim Abroad went to the ultrasound clinic. At the clinic, most patients complained of stomach and abdominal region pains. The volunteers learned how to see if a liver is fatty (and what grade), if a prostate is enlarged, and if a kidney stone exists. The volunteers practice these skills every day when they volunteer at this project. In the past, other volunteers have seen gall bladder stones, malignancies, appendicitis, liver masses, cirrhoses, internal infections, among other ailments. Working at the clinic, the volunteers can gain much experience with the ultrasound and color Doppler technology, and are able to help out in the doctor's office when they need assistance.
Posted by Unknown at 8:22 PM No comments:

Today two of Aim Abroad's volunteers went to see two surgeries at the nearby hospital that specializes in women's health. The volunteers were in the operating room with the doctors during the surgery, and asked many questions. The first surgery was a hysterectomy, and the next surgery was an ovarian cyst removal surgery. The hysterectomy surgery was a common surgery, but the cyst surgery was especially interesting. The patient actually worked at the hospital, and she had appeared to be gaining weight over several months. In the end, because she worked at the hospital, the doctors decided to see if there was a more serious issue, and tests showed that she was having several cysts in her body, making her appear to be overweight. During the surgery, the doctors realized that all of the cysts were actually one multi-chambered cyst, meaning that the other cysts budded and became separate masses from the original cyst. After the surgery, the patient looked as if she had undergone a complete transformation. She was very lucky to work in a hospital! The volunteers learned much about surgical procedures and anatomy.
Posted by Unknown at 8:24 AM No comments:

Volunteering in the pediatric hospital in India