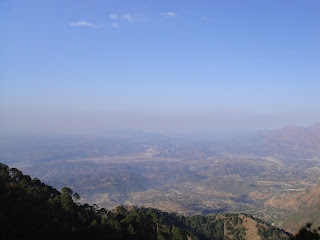 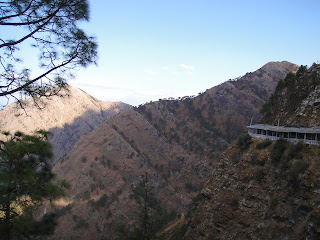 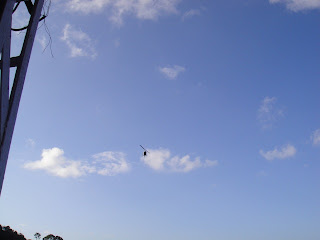 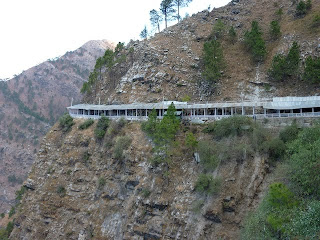 Some of our volunteers went on a weekend trip to Jammu, the city of temples in India! They visited several temples and mosques during their trip, and had a marvelous time. One temple in particular that they visited was the Vaishno-Devi Temple, a temple of great significance in Hinduism. The temple is situated at the top of a mountain in the Himalayas in a town nearby Jammu called Katra. The temple is actually within a cavern in the mountain, where there is water flowing within: It is said that this water is the "Arrow of the Ganges." From the bottom of the town, there is a fifteen kilometer walk up to the temple, which loops around the mountain. People can go up to the temple by foot, horse, or even helicopter! The volunteers decided to go by helicopter, a truly special experience! The trip only cost around $15 each way to go on a very scenic helicopter ride!

Although short, the ride was unforgettable for the volunteers: One of them even sat in the front of the helicopter! At the temple, they describe such a spiritual experience. Whenever a person sees another person over there, they cheerfully sing "Jay Maata Di" to one another, a ritual in which, of course, the volunteers also participated, much of a surprise to the local Indian people! The volunteers went to the temple with a friend of one of Aim Abroad's coordinators, and he really helped the volunteers with their trip every step of the way. He was very helpful and friendly with the volunteers, and welcomed them as a part of his family. We hope to help more people as they go to fascinating places in India during their volunteering experiences!
Posted by Unknown at 6:27 PM